Will the PlayStation 3 Receive Google Chrome for its Future Web Browser? 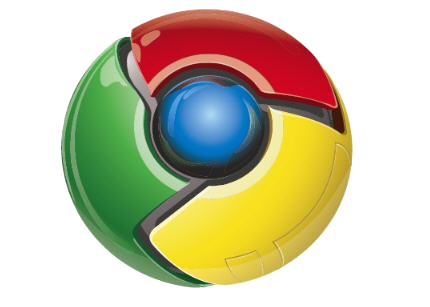 PlayStation 3 users have been a lucky bunch from the beginning, being the only console on the market with a web browser. As it is, the browser is a functional one with full flash support , giving users access to sites like YouTube, Facebook,  IGN, and our very own (can’t help but plug ourselves in as well). From its inception, much like the PlayStation 3, Sony has done much to beef up the browser and make it a smoother and more powerful experience. Still, there is no denying that compared to your computer or even iPhone, the browsing experience is subpar. Especially if you have a laptop or iPad sitting around, there is no question that you will reach for that, over the PS3 web browser.

Now, it looks like things could change for the better for those of you need access to a better web browsing experience from their PS3. It’s really been a well document experience that the folks over at Sony and Google have become cosy over the last year. Sony has thrown its full support behind the Google TV initiative and offers an entire TV lineup based around the idea, and a separate Blu-ray Internet unit as well. Then, there is Sony Ericssons lineup of Android phone with Sony even hoping to reach the status as a top Android handset maker. It only makes sense for Google to give some love back to Sony and help beef up their product offerings and we’re sure that won’t mind the increased market share. Still, these are only hopes and wants and we don’t tend to report on those alone. Instead, the guys over at PS3 Life have discovered that within the recently updated webkit for the PlayStation 3 browser, lies the code from Google Chrome browser.

I’m going through ps3-webkit-support.diff because I’m bored. Looks like we’re getting Chrome Actually, since Geoff’s added a couple of files for ChromeClientPOSIX.

Naturally the full source of His changes are in that. Diff file also. From what I can tell, the only posix platform refers to the PS3 in webkit, It does not show up at all in the mainline source code (Unix versions are under Their Typically widget library like Qt or gtk). There’s a lot of Functions That Are not Implemented, but they’re Mainly Ones That involvement windowing That You Would not expect to be supported on the PS3.

Might this not mean much since I do not see the cool stuff from Chrome theses sources, like bookmark syncing, but it’s a freaking huge project., And only covers what the diff Needed to be changed so it works on the PS3. Might it not just get Chrome branding visible to the user, but I think if he’s calling it chrome client, we can expect good things for the future.

Those looking to see just what’s inside of this webkit can click here and dig a little deeper for themselves. Many times, companies place codes within their SDK that never come to fruition, due to cost or other initiatives taking precedent. However, the idea of a new web browser is too big of a feature for Sony to simply be testing the idea in just a closed environment and with previous rumors on this subject matter, we cant help but think that it’s only a matter time before the PlayStation 3 receives the Chrome web browser.

Do you currently use the PS3’s web browser and if not. how come? Also, what do you think about a beefed up web browsing experience on the PS3? Would you go back to using it if Chrome did indeed come to the PS3?