Sony prioritizing camera sensors for iPhone over others 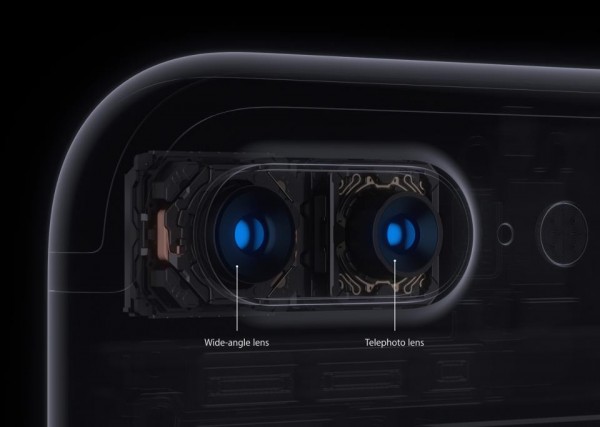 A good move by Sony regarding their highly profitable image sensor division. Mike Wuerthele from appleinsider writes this:

As a result of Apple’s demand for the iPhone 7, and future iPhone models, supply from Sony to second-tier vendors is heavily constrained, according to a report from DigiTimes. Sources claim that Sony is focusing its output on Apple, Huawei, and Oppo for the vast majority of its supply.

Apple is Sony’s largest customer for CMOS image sensors. Sony focuses on mid-range and high-end smartphones, and is one of the only suppliers for the quality of sensors that Apple needs.

END_OF_DOCUMENT_TOKEN_TO_BE_REPLACED 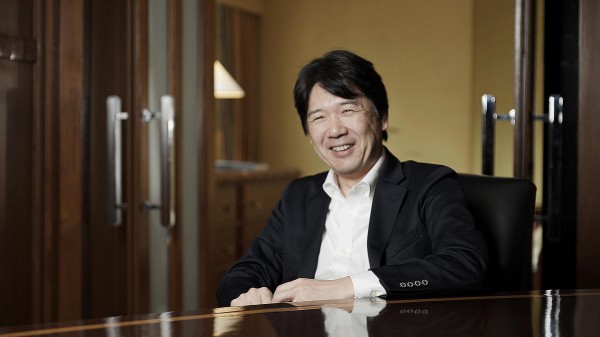 The gang at Dpreview recently had a chance to fly out to Sony’s Chonburi factory in Thailand where all Sony ILC cameras and lenses are assembled and chat with the company’s global head of interchangeable lens cameras, Kenji Tanaka. Of all the questions, perhaps the first one by Rishi Sanyal was the most telling: where Sony’s camera ambitions are headed.

Our biggest focus is to increase the [existing] market, not to segment it. The overall market is decreasing, and it’s been a challenge to increase the market, overall. We believe we can do so by targeting professionals and enthusiasts.

END_OF_DOCUMENT_TOKEN_TO_BE_REPLACED

To say Sony has been on a roll with their camera sensors is to say that that PS4 has been a modest success for the company. Already this year, we’re seeing the company flex their expertise by introducing slow-motion video on their upcoming Xperia XZ Premium at 960fps and their IMX390 sensor which was developed with self-driving cars in mind. Now, Sony has another sensor to introduce to the world: the IMX382. As PetaPixel points out, the IMX382 is

an industrial sensor that can recognize and track objects at an insane 1,000fps.

The newly announced IMX382 is not destined to wind up in your smartphone, point and shoot, or ILC… it’s too small. At just 1.27MP, it was designed specifically for industrial use in factories, where it’ll spot issues with assembly line products more efficiently than anything else out there.

That’s because Sony built circuitry right into the sensor stack that can recognize and track moving objects accurately at 1,000fps

Here’s a video of the sensor in action:

END_OF_DOCUMENT_TOKEN_TO_BE_REPLACED

Making a camera that impresses photographers is no small task. Making one that takes on Canon and Nikon at their best while coming in cheaper, some would say, is impossible. Sony hopes to do just that with the full-frame a9. Here’s a video preview from the always entertaining Kai Wong.

END_OF_DOCUMENT_TOKEN_TO_BE_REPLACED

U.S. full-frame camera market growing only because of Sony

Here’s a nice cherry on top of all the full-frame news this week which includes the arrival of the a9 (pictured above), the newest mirrorless powerhouse from Sony that was announced on the heels of them overtaking Nikon in the US. If it weren’t for Sony and their full-frame camera efforts, the US market would have detracted by 2% as you can see from the graph below.

END_OF_DOCUMENT_TOKEN_TO_BE_REPLACED

Sony a9 is a 4K mirrorless full-frame camera with touchscreen

With little fanfare prior, Sony has unveiled the a9, their latest, and easily greatest, full-frame camera. Now before I get too far, a word of caution: for those interested in only increased megapixel count, you’ll walk away disappointed. Where the current a7R II offers a whopping 42.4-megapixels, the a9 instead fires every shot at 24.2-megapixels but that hardly tells the tale of this powerful camera.

Compared to its predecessors, the Sony a9 is 20% faster and is capable of shooting up to 241 RAW, full-frame images at 20 fps. Seriously let that set in for a minute. If that’s not enough, how about that it’s the first full-frame stacked CMOS sensor, which is why it’s able to provide the speeds it does? It’s also why Sony had to notch down the megapixel count. With an ultra-dense 693-point focal plane phase detection autofocus that can do 60 AF/AE tracking calculations per second, the a9 is a camera that’s going to take crisp photos no matter the condition.

END_OF_DOCUMENT_TOKEN_TO_BE_REPLACED 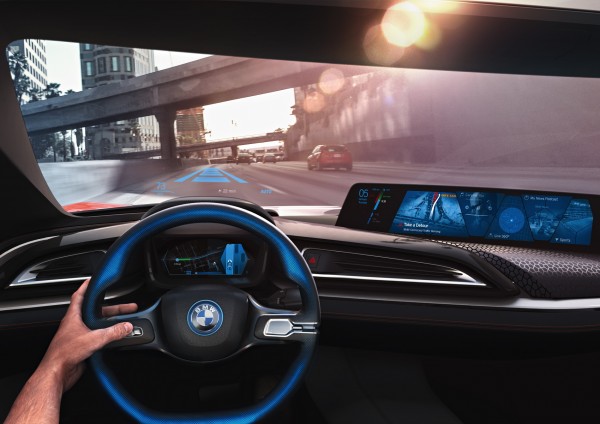 Most cars capable of any form of autonomous driving or even more limited self-driving capabilities currently utilize on-the-market camera sensors which more often than not are designed for mobile devices. Though adequate, the majority of these sensors have been optimized for efficiency and small form factor, a luxury that a car does not need to adhere to.

One of the biggest obstacles that faces car manufacturers is to incorporate a sensor that’s capable of seeing in the daytime, nighttime, and those pesky in-between hours. Add on top of that transitioning in and out of a tunnel and the large contrasts that take place between bright lights at night on dim streets and you’ll begin to see the challenges that exist for a camera sensor.

END_OF_DOCUMENT_TOKEN_TO_BE_REPLACED

Sony passes Nikon for the number 2 position in the U.S. 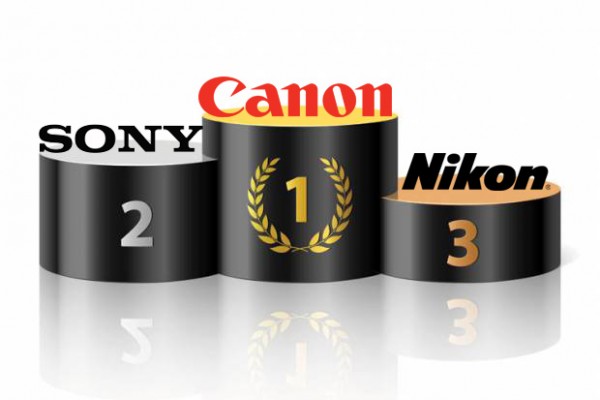 Here’s an interesting followup to the Sony a99 II vs. Canon EOS 5D piece. In it, I wrote:

One of the biggest challenges Sony will always face is getting people who’ve been shooting for years, if not decades, with a Canon or Nikon to convert. It seems fairly conclusive now that Sony cameras have reached a point where they outpace their peers, putting the technological argument to an end.

Instead where Sony needs to focus on is mindshare, which I believe is a two tier approach.

And slowly but surely, it looks like Sony is making inroads towards that goal.

Sony has just passed Nikon to become the #2 company in the United States for full-frame interchangeable lens camera sales.

END_OF_DOCUMENT_TOKEN_TO_BE_REPLACED 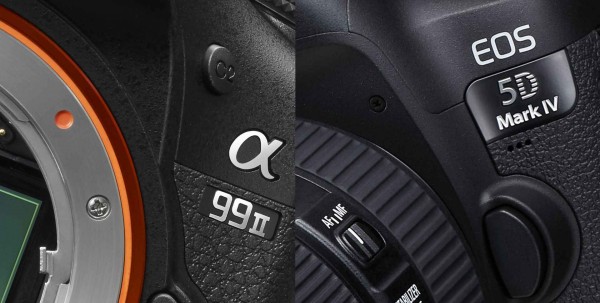 Full-frame cameras are expensive beasts, designed specifically to please the professional market. Of course those with a bigger wallet will find plenty to enjoy as well but at its core, cameras like the Sony a99 II are designed to give pros every tool under the sun. So how does the latest full-frame Sony compare to the entrenched Canon? Matt Golowczynski writes this for digitalrev:

Canon’s EOS 5D Mark IV is a considerable jump over its mark III predecessor, with a fresh sensor, 4K video and a revamped AF system heading a long list of changes. The same, however, could be said for Sony’s A99 II, which appears to target a very similar user. So, when you look at the main specs, how do they compare?

END_OF_DOCUMENT_TOKEN_TO_BE_REPLACED 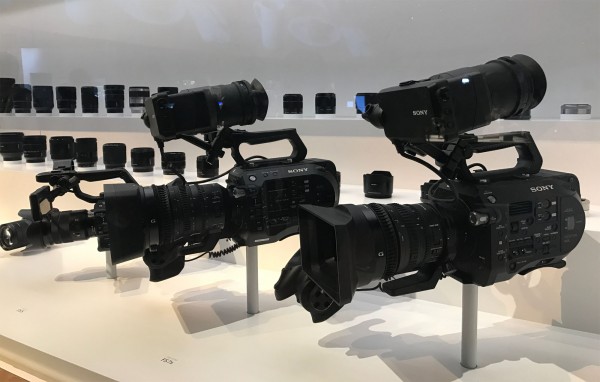 According to a rumor going around, come April 23rd, Sony will unveil new E-mount lenses as well as a monster 8K camera at NAB 2017. The E-mount part makes sense as enthusiasts will always want more and differing lenses but an 8K camcorder seems absolutely unnecessary for any consumer or pro-consumer. This of course then leaves us with the professional broadcast market, but seeing how you can’t even find 4K content on the airwaves, it all seems too much.

One case that exists for 8K is to allow broadcasters at, say, the next World Cup, to record in the higher resolution and be able to crop anywhere they want without loss of quality. This presumably allows them to cut down on the number of cameras requires but you can bet that an 8K camera is not going to be cheap either.

END_OF_DOCUMENT_TOKEN_TO_BE_REPLACED 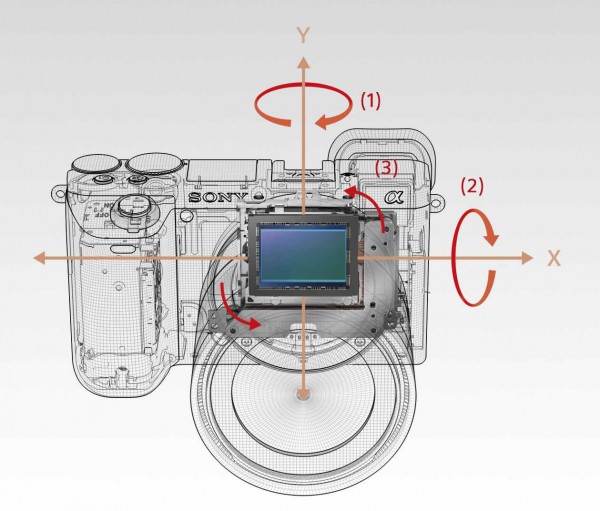 Despite being a year old, quite a few of you were happy to see the video review piece on the a6300, a fantastic mirrorless camera by all accounts. Still, there is even a better camera in my opinion that doesn’t break the bank, but offers a whole lot more – the a6500. Released nearly 6 months after the a6300, the a6500 offers subtle improvements in all categories, including design. Here is Matt Golowczynski from digitalrev:

The two models have a very similar form, with the a6500 just being a touch heavier and thicker (which appears to be at least partly down to a new image-stabilisation system, covered below).

The a6500’s grip has been restyled, while the shutter release button appears to be slightly larger too. The a6500’s command and mode dials now also share the same finish around the sides, which wasn’t previously the case.

Another change that’s not as easy to appreciate is that the eyecup on the a6500 has been redesigned to be slightly softer than the one on the a6300.

There’s also been a small shift in the physical controls on the newer a6500. The customisable C1 and C2 buttons, which on the a6300 were found on the top and rear plates respectively, are now both found on the a6500’s top plate.

Additionally, and a third C3 button is twinned with the delete button, exactly in the same place as the a6300’s C2 button.

Though perhaps all minor tweaks, for serious photographers and videographers (which I’m not), placement of buttons and how they feel can be the difference of being able to use the camera for countless hours and being continuously frustrated by it.

END_OF_DOCUMENT_TOKEN_TO_BE_REPLACED

Sony a6300 review by The Wedding Filmer 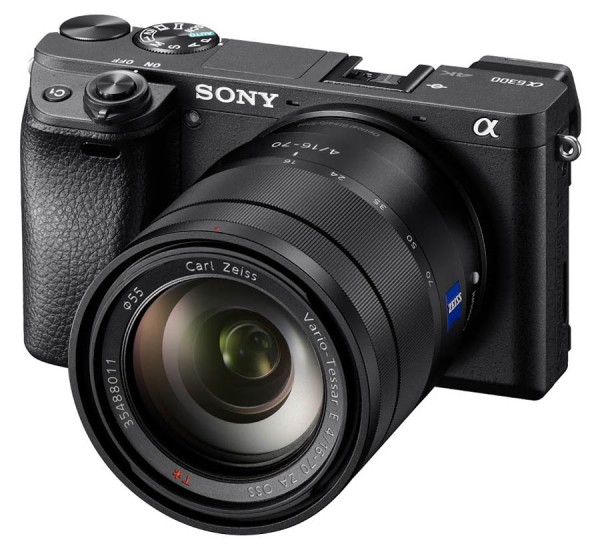 Just a few days ago, I was forwarded an interesting review on the Sony a6300. Now we’ve all read plenty about the mirrorless camera and, I’m sure, have seen a fair share of videos as well but this video by The Wedding Filmer is a bit different and the kind of reviews that I like – from people who actually use the products day in and day out.

END_OF_DOCUMENT_TOKEN_TO_BE_REPLACED 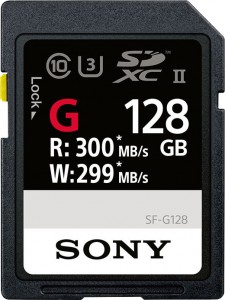 Is your SD card write speed letting you down? Shooting too many stills because you just can’t let go of that shutter button on your new mirrorless camera? Worry no more. Enter the Sony SF-G Series UHS-II SD Memory Card with write speed up to 299 MB/s. From Sony:

END_OF_DOCUMENT_TOKEN_TO_BE_REPLACED

It’s been a rather tumultuous week for Sony with news coming out that Sony Pictures would be responsible for a nearly $1 billion writedown which you can see in the above profits chart. Though Sony begs to differ, I think Sony Pictures is either quietly being put up for sale or that was the result of a sale falling through which meant Sony had to balance the division out but I’ll leave that for another piece. I’ve already broken down the earnings report for two divisions:

So where does that put Sony as a whole for Q3 FY16? Profitable, but not by a lot. Jon Russell writes this for TechCrunch:

END_OF_DOCUMENT_TOKEN_TO_BE_REPLACED 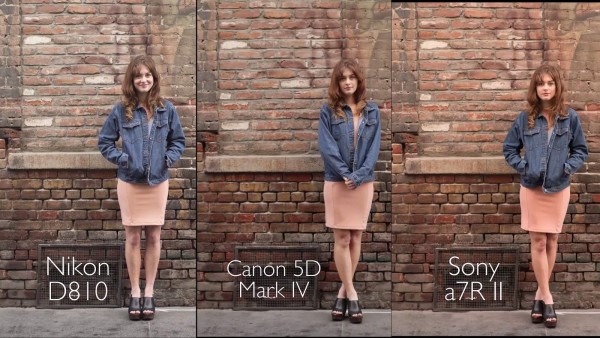 Here’s a fun Friday video for you to enjoy – a camera comparison between the Nikon D810, Canon 5D Mark IV, and the Sony A7R II. Put together by the gang at The Slanted Lens, while informative, prepare to take all the results with a grain of salt. Now this isn’t a jab at the team over there which are far more experienced with cameras than I am. It is instead something to consider while watching: it takes time to master any given camera. If you’ve been shooting with Canons your entire life, no matter how awesome of a camera Sony throws your way, there is a good chance you might not be able to immediately pull off the same shots as before, or know how to tweak the camera to accommodate your shooting style. Still videos like this give you a good general idea of how the three cameras perform in similar circumstances.

Hi, this is Jay P. Morgan and Kenneth Merrill. Today on The Slanted Lens we’ve got a camera comparison for still photographers. We’re taking a look at the Canon 5D Mark IV, the Nikon D810, and the Sony A7R II. Our goal is to get a direct comparison, so we’ve got native lenses and our settings are the same on each camera to see how each system inherently stacks up.