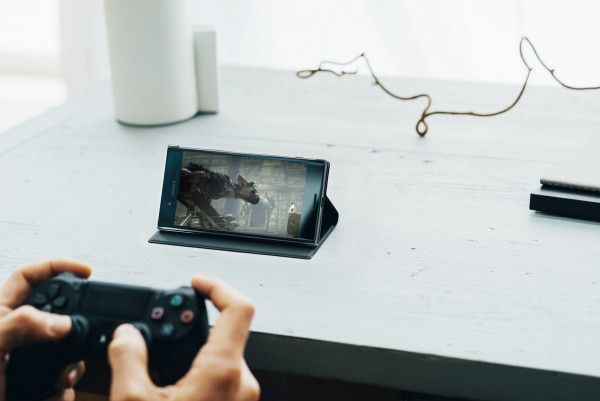 Good news for Xperia fans in the US: the XZ Premium is set to make its pre-order debut come June 12th via Amazon and Best Buy with a $799 price tag. Like previous models, the XZ Premium will work on AT&T and T-Mobile though the former of the two is rumored to carry the phone when it arrives, but no official word has yet been given from the telecom giant. Those looking for an unlocked version will have to wait a bit longer but come June 19th, you’ll be able to buy one outright from the same retailers.

END_OF_DOCUMENT_TOKEN_TO_BE_REPLACED

Previously known as the Xperia Projector, the now-named Xperia Touch is set to make its debut on June 16th. In a nutshell, the Xperia Touch can turn any surface into a Android tablet which is pretty neat in theory. Here’s how Sony imagines you’ll be putting it to use.

END_OF_DOCUMENT_TOKEN_TO_BE_REPLACED

The Sony Digital Paper tablet is technically nothing new. It was introduced way back in 2014 with little fanfare but that didn’t mean a second iteration wasn’t in the works. In short, in the past three years, the then DPT-S1 has gone $999 to $699 (DPT-RP1) and gained a host of new features. For those wanting a more detailed breakdown, you can read my original preview from April here. As a more general overview, Devin Coldewey from TechCrunch wrote this:

The screen itself, built with E Ink’s Mobius display tech, has been upped from 1200×1600 to 1650×2200, which should make text considerably clearer (206 DPI — pretty good). The increased resolution doesn’t seem to have affected the battery life, though: like other e-paper displays, it’s super-long, at least a week or two.

The touchscreen layer has been improved, as well, and the texture of the surface; e-paper displays aren’t very responsive, so anything that can be done to improve that experience is welcome. This has presumably enabled the new note taking and annotation features the device has.

And, of course, the hardware itself has gotten a fresh coat of paint: it’s the same weight, but the design has been cleaned up and the bezels are slightly thinner.

END_OF_DOCUMENT_TOKEN_TO_BE_REPLACED 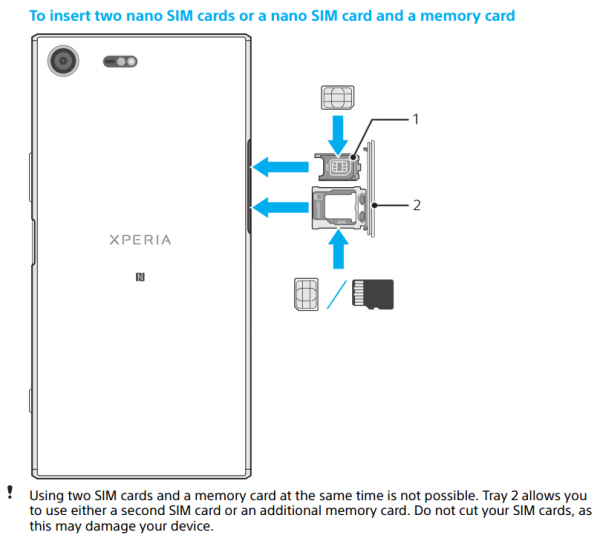 That information has since turned out to be false. Here is the XperiaBlog gang:

END_OF_DOCUMENT_TOKEN_TO_BE_REPLACED 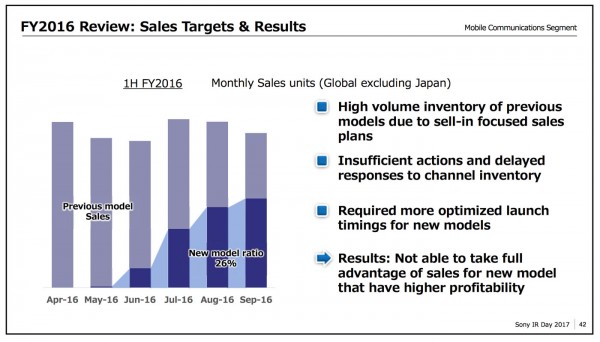 Stop me if you’ve heard this before but Sony Mobile is once again shifting its strategy. Just a few years back, the company had an ambitious goal of becoming the world’s third largest smartphone maker, leaving only Apple and Samsung ahead of them. With that plan not working, Sony announced a major shift in July 2016 which would see them defocus on India, USA, China, and Brazil.

That of course didn’t quite work for them either, with sales declining dramatically, so Sony is once again going target more emerging markets with the likes of the Xperia L1, a budget smartphone. Ultimately, the plan is to leverage the brand in Japan, East Asia, APAC, the Middle East, and Europe with the hopes of differentiating their phones

with technologies that only Sony can deliver,

whatever that means. So the plan is to have more moderately priced phones to increase sales then, right? That’s why the Xperia L1 exists? Nope. Sony is also killing their mid-tier premium phones, which are not to be confused with mid-tier phones.

END_OF_DOCUMENT_TOKEN_TO_BE_REPLACED 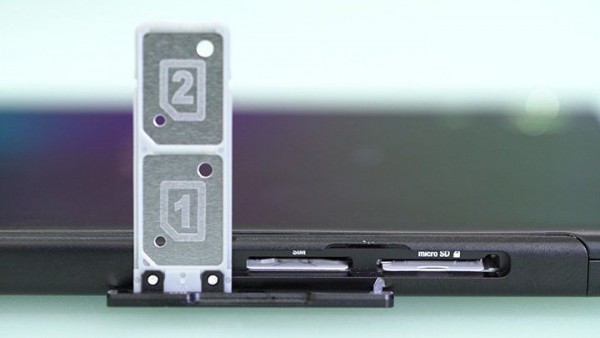 Looking to get a Xperia XZ Premium, but worried about the new hybrid SIM tray trend? Fear not as the XZ Premium Dual offers a dedicated SD card slot. XperiaBlog:

Sony Xperia France has confirmed that the dual SIM version of the Xperia XZ Premium (as well as the XA1 and XA1 Ultra) will be able to combine two SIM cards and a SD card simultaneously.

END_OF_DOCUMENT_TOKEN_TO_BE_REPLACED 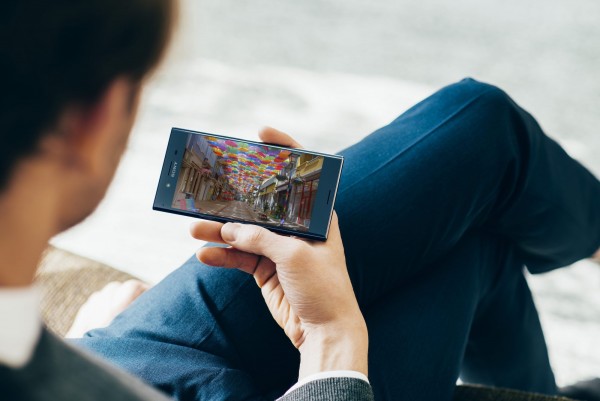 Without a doubt, one of the biggest issues Sony faces in the US is a lack of carrier support which why their sales are nonexistent here. In recent years, that’s only gotten worse with Sony phones being mostly found on Amazon or Best Buy (just the online store) in unlocked variants, something US consumers aren’t accustomed to. According to a tipster, this could change and Sony Mobile could be partnering up with their old carrier, AT&T. Details are scarce at best and as always, take news like this with a grain salt. After all, Sony built a a custom model, the Xperia Z4v, for Verizon, which was canceled mere weeks before its release.

Verizon will no longer be launching Xperia Z4v, however we are committed to supporting Sony Mobile’s product portfolio and will support existing products. Sony is a strategic partner as we continue having ongoing discussions together as part of our future portfolio.

END_OF_DOCUMENT_TOKEN_TO_BE_REPLACED 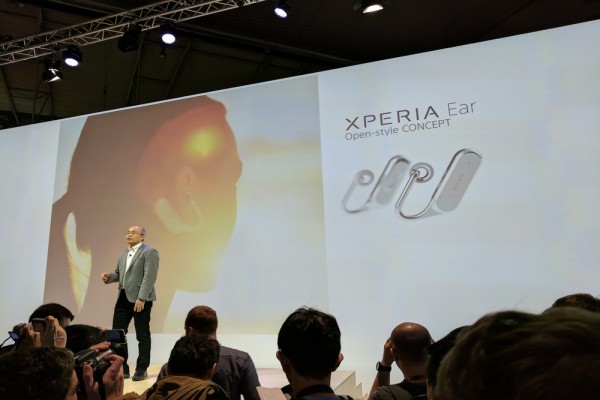 Somehow I missed the Xperia Ear Open-Style CONCEPT (why are we yelling?) being unveiled at MWC 2017. As the name loudly suggests, it’s still a concept product but it’s meant to be another iteration of the Xperia Ear, which is already in production and was met with less than stellar reviews. Here’s Billy Steele from Engadget with a general overview:

This new version of Xperia Ear uses “open-ear” audio tech Sony developed inside it’s Future Lab incubator program. Essentially, the wireless earbuds let noise from the outside world in while you’re wearing them. This probably sounds like a bad idea to most, but the feature will help keep you safe on a run or allow you to hear colleagues while listening to music and receiving app notifications in the office.

Details are scarce on the internals for now, but we do know that the combination of two spacial acoustic conductors and driver units beam sound directly in your ear canal. The earbud’s speaker is circular with an open center to allow those environmental sounds to come through. It will be interesting to see how well this new design stays in place as the controls components are housed in a casing that wraps under your ear and sits behind it. Like the previous version, this Open-style Concept will feature Sony’s Agent virtual assistant that’s capable of recognizing both voice cues and head gestures to lend a hand with activities.

Sony, for its part, describes it as

END_OF_DOCUMENT_TOKEN_TO_BE_REPLACED 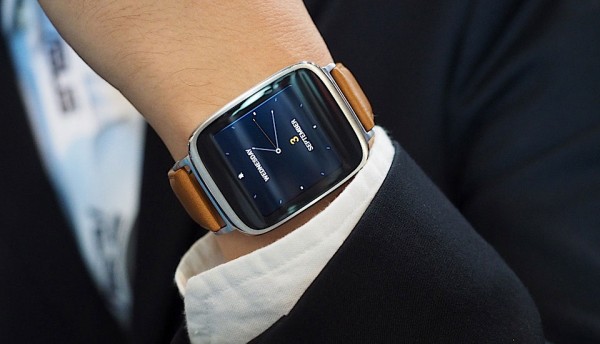 More ammo for the narrative that Sony was extremely smart to pull out of the wearable market years before its competitors. Chaim Gartenberg from The Verge:

Asus is reportedly ending development on its ZenWatch line of Android Wear smartwatches, according to a report today from Digitimes that cited sources in Taiwan’s supply chain.

As Chaim notes, Asus was at best able to sell between 5,000 to 6,000 units a month which surely doesn’t justify the product’s R&D, let alone all the other costs which are associated with bringing such a product to market. This goes to show that if these are the best numbers Asus could muster up, Sony’s numbers likely were much worse as they never promoted their lineup in the same way.

END_OF_DOCUMENT_TOKEN_TO_BE_REPLACED

Netflix will no longer work on rooted Xperia phones

If you’ve got a rooted Xperia tablet or phone and you’ve noticed Netflix isn’t working for you anymore, it’s not you. The streaming giant has announced a policy shift which makes their app inoperable on rooted Android devices. Jon Fingas from Engadget:

Netflix has confirmed that its app is no longer visible on Google Play to anyone with a device that is “not Google-certified or [has] been altered.” A spokesperson tells Android Police that it’s all about a shift in copy protection. Version 5.0 of the Netflix app now leans entirely on Google’s Widevine digital rights management to prevent piracy, so it has to treat those modified devices as incompatible. The crackdown isn’t completely shocking, but it does create some issues.

There’s certainly an incentive for the shift in strategy: now that you can download shows, piracy is more of a concern than ever. In theory, it’s a bit easier to strip the copy protection from the downloaded copy of a Netflix series than it is to rip the stream. And when you root a device to gain more control over the operating system, you potentially have a better chance of circumventing that DRM than you would otherwise.

END_OF_DOCUMENT_TOKEN_TO_BE_REPLACED

Man, if Sony keeps this up, it almost won’t be newsworthy anymore. Less than halfway into the month and Sony already has the May 2017 Android security update available for a handful of phones. From XperiaBlog:

END_OF_DOCUMENT_TOKEN_TO_BE_REPLACED 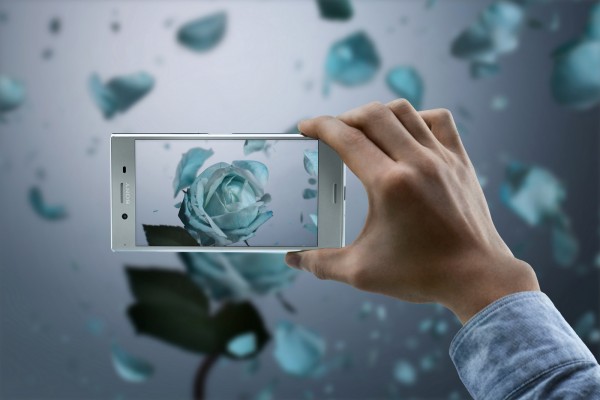 If you have friends who are willing to dance for you in a pond or have a lot of paint dust sitting around, the Xperia XZ Premium is going to be a hoot. That’s because one of the biggest features of the flagship phone is an all new 19-megapixel rear-camera dubbed The Motion Eye camera that

records 960 frames per second for Super slow motion playback, revealing life’s hidden magic. The footage is four times slower than videos from other smartphones1, so all the drama and detail is uncovered.

To show off what the camera is capable of, Sony invited a host of guests and had them wear lab coats and shoot a series of videos which you can see below:

END_OF_DOCUMENT_TOKEN_TO_BE_REPLACED 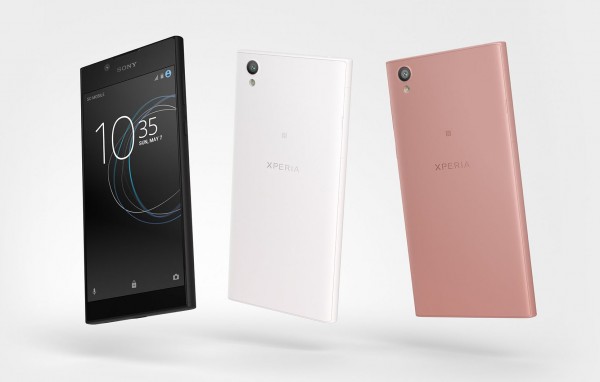 Remember that surprise Xperia L1 which was announced back in March? Well the phone is about as real as it gets now with a $200 price tag and it’s available to buy starting today on Amazon. Offered in black, white, and pink, the entry level phone has a few noteworthy specs going for it like:

END_OF_DOCUMENT_TOKEN_TO_BE_REPLACED 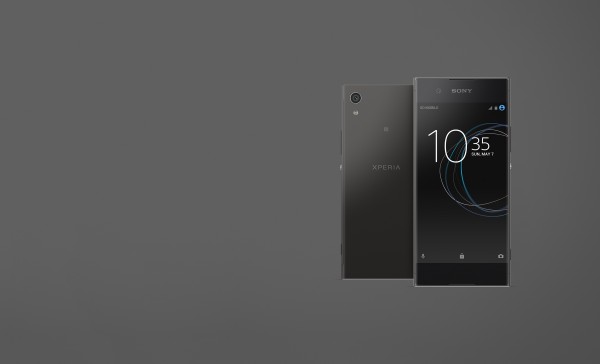 Canadian readers, this is just for you! Though this piece is also for general fans of Canada, Sony Mobile, and Quebec regional carrier, Vidéotron, who will be carrying the Xperia XA1. Via MobileSyrup:

Freedom Mobile also plans to carry the Band 4 and 66 LTE compatible handset. It will be available at Freedom this Friday.

END_OF_DOCUMENT_TOKEN_TO_BE_REPLACED 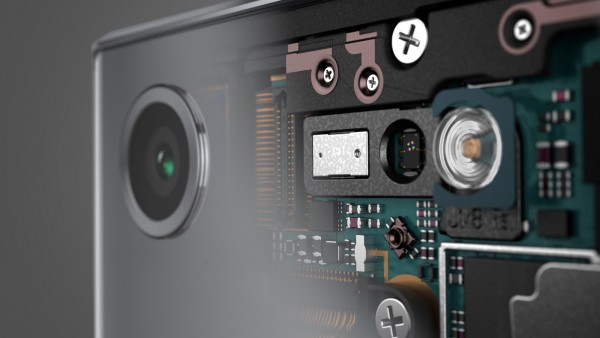 When the Xperia XZ Premium finally arrives next month, it’s going to offer Sony’s best camera to date. The basics of the camera we’ve known for some time, like its new 960fps slow-mo camera which can also be found on the Xperia XZs. But things that are unique to it include an all new 19-megapixel camera sensor with 19% bigger pixels and a redesigned G Lens.