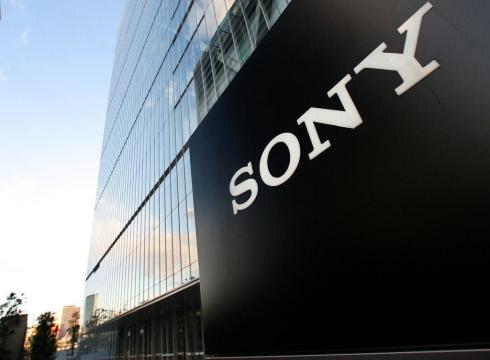 For our readers in Europe, it’s sometimes hard to grasp the position Sony is in, seeing how the electronics giant still commands a presence and brand name there. In North America, the story is very different, with Sony holding a very low consumer mindshare and in turn, sales. Despite being battered down, Sony Electronics (different than Sony Mobile) is beginning to make great strides in North America. Late last week, we revealed how Sony has been the number one mirrorless camera maker for four years running (worldwide) and now comes news that sales are up 25% YTD in North America for Sony.

Some more interesting stats and a fancy chart after the jump. 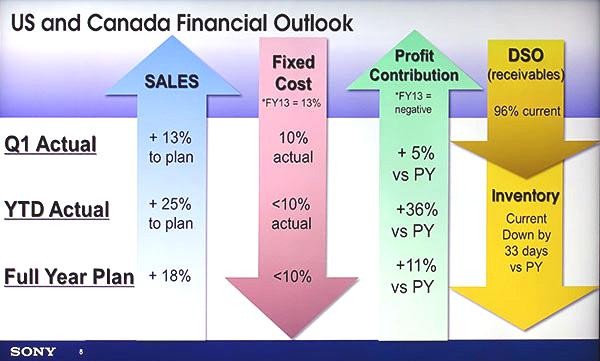 Some takeaways from the chart above include a sharp rise in sales with Sony being up 13% for the quarter and 25% year to date (YTD). This is on top of costs being down 10% which when mixed when the rise in sales, helps explain Sony Electronics contribution back to the main corporation (36% YTD) which makes up Sony Electronics, Sony Mobile, Sony Pictures, Sony Music, PlayStation. Sony Electronics of North America includes the US and Canada and includes sales of TV, home audio, and cameras.

While a far cry from Sony becoming a leading electronics player with enough capital and resource to take on rivals like Apple and Samsung, it does show that after years of painful job cuts and division closures, that the behemoth corporation that is Sony is beginning to turn things around. It will be interesting to see Sony’s 2015 results when they’re reported in a few months’ time along what will likely continue be stellar PS4 sales, especially if rumors of a price cut pan out.

Do you think Sony is beginning to turn around their fortunes?