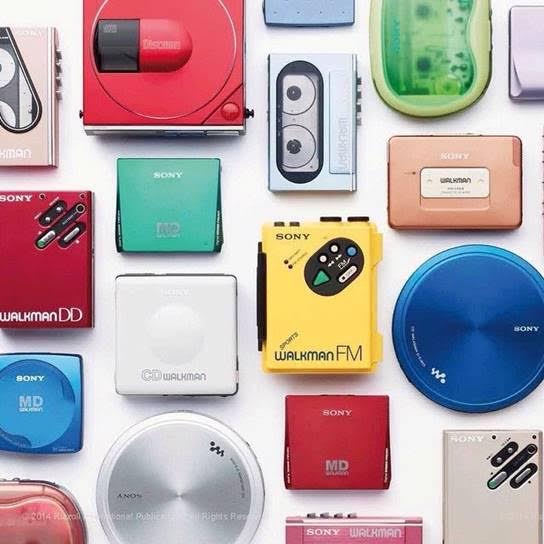 Think of the gear you can’t live without: The smartphone you constantly check. The camera that goes with you on every vacation. The TV that serves as a portal to binge-watching and -gaming. Each owes its influence to one model that changed the course of technology for good.

This list couldn’t have come at a better time as Sony celebrated its 70th birthday on Saturday and what a 70 years it’s been. I don’t say this lightly when I say Sony is the closest any company has come to matching and perhaps even exceeding the influence that Apple has had on our lives. While the last two decades might be dominated mostly by Apple, Sony’s influence throughout the years cannot be ignored.

From changing how we watch TV with the Trinitron to how we entertain ourselves with Walkman and PlayStation – Sony has forever altered our lives with their rich products. Even today Sony is challenging the notion of how we view photography by being a champion of E-mount cameras and taking on once dominant competitors Nikon and Canon.

Some of these, like Sony’s Walkman, were the first of their kind. Others, such as the iPod, propelled an existing idea into the mainstream. Some were unsuccessful commercially, but influential nonetheless. And a few represent exciting but unproven new concepts (looking at you, Oculus Rift).

After the jump, the four Sony products that made the 50 most influential gadgets of all time list.

Following up on the success of the Walkman, Sony unveiled this portable CD player in 1984, just a year after the music industry adopted the format. The device and later portable CD players helped the compact disc usurp cassettes as the dominant music format in the United States in less than a decade.

You’d be hard pressed to name a single PlayStation feature that by itself transformed the games industry. It’s been Sony’s obsession with compacting high-end tech into sleek, affordable boxes, then making all that power readily accessible to developers, that’s made the PlayStation family an enduring icon of the living room. Part of Sony’s triumph was simply reading the demographic tea leaves: The company marketed the PlayStation as a game system for grownups to the kids who’d literally grown up playing Atari and Nintendo games. And that helped drive the original system, released in 1994, to meteoric sales, including the PlayStation 2’s Guinness record for bestselling console of all time—a record even Nintendo’s Wii hasn’t come close to breaking.

Sony’s Walkman was the first music player to combine portability, simplicity and affordability. While vinyl records were still the most popular music format, the Walkman—originally the “Sound-About” in the United States—played much smaller cassettes and was small enough to fit in a purse or pocket. It ushered in the phenomena of private space in public created by the isolating effect of headphones. It ran on AA batteries, allowing it to travel far from power outlets. Sony eventually sold more than 200 million of the devices, which paved the way for the CD player and the iPod.

Renowned journalist Edward R. Murrow famously described television as “nothing but wires and lights in a box.” Of all such boxes, Sony’s Trinitron—launched in 1968 as color TV sales were finally taking off—stands at the fore of memorable sets, in part for its novel way of merging what to that point had been three separate electron guns. The Trinitron was the first TV receiver to win a vaunted Emmy award, and over the next quarter century, went on to sell over 100 million units worldwide.

Are there any other influential gadgets from Sony that you think should have made the list?