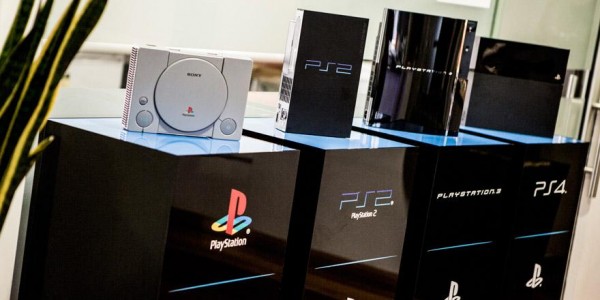 The number one question I get asked when I’m stopped in the streets is what I think about comments made that there might not be a PlayStation 5. But instead of getting into whether I actually get stopped in the streets to be asked questions about the future of PlayStation, let’s instead start off this topic as frank as possible. Will there be a successor to the PS4? Of course there will be. Sony isn’t leading with the PS4, only to abandon it in the near future. Heck, there is already a successor of sorts in the pipeline in the form of the PS4K/PS4 Neo. Refresh models aside, one of the major pillars of Sony now is PlayStation which continues to be a major revenue and profits driver for the company. It would be pretty silly to abandon that, right? It’s as if Apple is pondering if there will an iPhone 7 or iPhone 7s. Of course there will be until something eventually replaces it.

So who would have made such an outlandish comment? None other than PlayStation president Shuhei Yoshida at a private dinner with Lorne Lanning during DICE. Here is Eddie Makuch who spoke with Lanning and wrote about his meet for Gamespot:

Whoa. Are you willing to say that on stage?

What an outlandish statement to be made by PlayStation’s president right? Except that it’s actually not – but don’t worry, I’m not contradicting myself.

The most obvious reason that Sony will make a PS5 is because it’s the company’s biggest (multi-billion dollar) business. For the reasons mentioned above, Sony, like Apple with the iPhone, can’t simply discontinue their biggest cash cow unless they have something to replace it with. Even if demand for PS4 begins to temper off (though all signs point to it doing far better than PS3), Sony won’t simply exit that business and leave billions on the table. If anything, we’d see a successor much in the way that Apple continues to sell and occasionally refresh iPod, a once multi-billion dollar business that for many people has become an app on their iPhone/iPad/Watch. But don’t worry, I don’t think winding down the business is what Shu was hinting at. But before I get into that, let’s look at gaming from a different perspective.

As you’re all likely aware, game development is getting more costly with each generation. While it’s hard to know the specifics, it won’t be hard to assume that a game like Uncharted 4 costs somewhere around $50 million to develop, give or take $5 million. Now I’m going to do some back of the envelope math for you guys.

If Naughty Dog manages to sell 10 million copies at full retail ($60), then they’ve managed to drive $600 million in revenue (but not profit). That’s because, to calculate profit, you have to subtract the game’s development and marketing costs right off the bat which could easily equate to $100 million. Then you have other costs associated with releasing a title like producing the physical Blu-rays to name one. Ultimately, Sony isn’t able to actually sell each copy to GameStop or Best Buy for $60, seeing how retailers need to make a cut as well. That aside, the likelihood that Uncharted 4 can actually sell 10 million copies is likely unrealistic. At last count, here is how the series has stacked up globally:

That means the chances of Uncharted 4 selling 10 million copies is not likely a plausible one, seeing how Uncharted 3, an equally well-received game, sold just shy of 7 million units during a time when the PS3 install base was greater than that of PS4’s current numbers. Now suddenly a more realistic expectation for Uncharted 4 would be to sell around 5 or 6 million copies, with the remaining 1 or 2 million copies not being sold at full price – as the price tends to drop over time. On top of the reduced unit sales, we must still subtract costs associate with the game, marketing, and distribution all which point to profit margins (and revenue) being dramatically reduced for the original $600 million down to perhaps $200 million?

Sure, there are titles like Call of Duty: Black Ops 3 which have managed to sell just a little over 13 million on PS4  alone, but not every game has the legs of that franchise and most games wished they had the sales numbers associated with a Naughty Dog game. 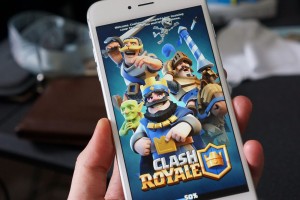 Now I’ll paint a slightly different picture. Depending on if you’re into mobile gaming or not, you may have heard of a studio called SuperCell. They’re the brains behind Clash of Clans, Boom Beach, and the recently received Clash Royale. That studio in some ways is a bit like Activision with their CoD franchise – an outlier in their respected space – but let’s do a quick comparison. From IBT:

Finnish mobile game developer Supercell on Wednesday reported revenue of $2.3 billion and $930 million in income for 2015. The sales were up 37 percent from the $1.55 billion reported in 2014.

So how did Clash Royale do in its first month?

not counting the cut of the profits given to Apple and Google, which, taken together, would be about $110 million. That’s a lot of money made in a month.

By most accounts, Clash Royale is on track to make $1 billion in its first year which is absolutely insane. An outlier to be sure but it begs the question, if the outlier in mobile can rake up so much money in its first year, why can’t a console equivalent do the same?

To understand the discrepancy in sales is a simple matter of looking at installed user bases. Throughout its 20-year history, PlayStation has done quite well for itself.

Another outlier in gaming has typically been backwards compatibility. Most consoles have, in the past, not favored playing games from their previous iteration due to different media storage options or completely different internal hardware. Due to this, it’s usually safe to assume that as a developer when you create a game, your maximum audience is the current install base of whatever console you’re planning on releasing your game for. That means Naughty Dog at most could sell 40 million copies of Uncharted 4. Activision at most can sell 60 million copies of Black Ops 3 (if we include Xbox One sales figures as well).

Do you know how many iPhones Apple sold in 2015? Over 250 million units – and their lifetime sales figure will likely approach 1 billion by Q1 2017. And that’s just Apple, who caters to the premium market. Then there is every Android unit out there with 1/5 the cost of an iPhone and it suddenly puts the sales figure through the roof for the install base SuperCell can target. But even if we look at things on iOS alone, Apple has had a long history of ensuring that software updates extend back to as many devices as possible. That means that even if a game like Clash Royale was released with compatibility with iOS 9 only (though for those playing at home, it’s compatible all the way to iOS 7), devices as old as iPhone 4s or the original iPad mini can run the game.

This roughly means that in iOS land (iPhone, iPad, iPod Touch), Apple is able to give SuperCell well over 500 million users to target for just Clash Royale. And you know what? Their games sure as hell don’t cost the same amount to produce as an Uncharted 4 or Call of Duty.

The Future of PlayStation

So what does all of this have to do with comments made by Shu about “if” there will be a PS5? Simply put, everything. Sony is in the business to make money, and Shu is in the business of making developers happy and successful, which ensures they’re able to release good games, which means more people will want a PlayStation, which means Sony will make more money. Basically, the job of Shu and others within the company like Andrew House is to grow PlayStation.

But a simple truth is that PlayStation, no matter how successful, can never produce the numbers mobile will. It took PS2 nearly a decade to sell 155 million consoles, something Apple dwarfed in one year. That means in order for Shu and company to grow the business, they either increase PlayStation sales by 10x yearly or think beyond what PlayStation is today. A decade ago, PlayStation was about buying a DVD game, putting it our console, and playing.

Today, I can launch the PlayStation App on my iPhone and have Uncharted 4 purchased and downloaded on my PS4 by the time I get home, which is exactly how I bought UC4. Hello future, right? Except that’s more like hello present as there is a small but growing population that are feeding their gaming hunger via PlayStation Now – a service that allows them to stream PS3 games to their PS4. Looking beyond them is another subset of the population that’s enjoying the same service, except not on their PS4 but on their Sony 4K TV or Blu-ray player. 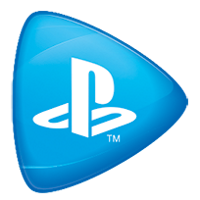 And what are they streaming? How about titles like Uncharted 1-3, inFamous 1-2, God of War 1-3, and The Last of Us to name a few of the over 300 games available. The mentioned games are just some of the heavy-hitting games developed on PS3 and all it takes to launch them and play them in 720p is an internet speed of 8Mbps or better. Suddenly an app is able to bring the PlayStation experience to millions more devices. As a recap, the following units can access PlayStation Now and you can bet that this list will grow:

Excluding the availability of the service on PS4, PS3, PS Vita/TV, how much do you want to bet that there are more PlayStation Now compatible devices available than PS3 or PS4 units? Now imagine Sony being able to tell Naughty Dog that the next IP they develop can target not 40 or 80 million units, but 200 or 300 million units or even 1 billion devices.

Much in the same way that just because there are nearly 1 billion iOS devices doesn’t mean that SuperCell can sell to all of them, the same is true for PlayStation. However by requiring a dedicated console like the PS4 or a PS5, developers will forever be tied to the number of units Sony can sell and those who might see themselves as ‘gamers.’ However as streaming technology improves and broadband penetration alongside speeds increases, the possibilities of who can utilize a service like PlayStation Now grows exponentially. 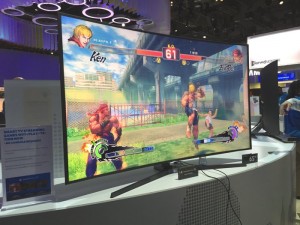 If PlayStation simply becomes an app on hundreds of millions of devices, not only do we as the consumer get to take our experience around with us far more easily and cheaply – after all, that’s one of the things that makes Netflix so great right? – but also developers can suddenly prosper far more as they’re able to reach an audience on a scale previously impossible for any gaming console to match.

For Sony, that’s the prize and future of PlayStation. Make no mistake, there will be a ‘PS5′ but don’t be surprised if it’s not a device that you and I buy. Instead, PlayStation 5 may simply be the technology that’s enabled server side and the technical specifications that developers must adhere to – and that’s what Shu is hinting at. It’s not that Sony isn’t sure that there will be a followup to PS4, but instead they’re unsure if the followup will be sold across retail or simply as an app.

Do you think the future of PlayStation lies in a physical console like the PS5 or as a streaming service in the way of an app?