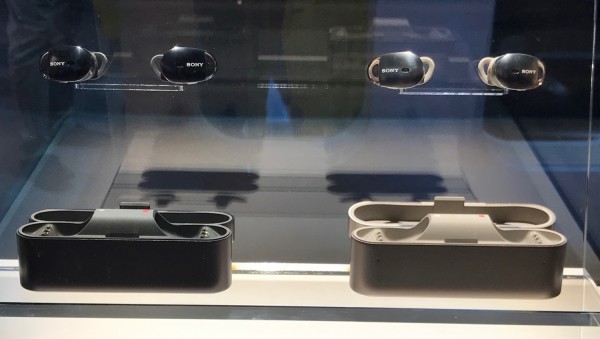 Initial reviews of the Sony Xperia Ear haven’t been kind but that doesn’t mean Sony is stopping there. In fact Sony is paving ahead with its voice assistant initiative which includes the Xperia Agent and Project N with Nigel. Though details were next to none, at CES 2017, Sony did showcase the above, a pair of Bluetooth stereo headsets in grey and black.

As an owner of the AirPods, I do hope that Sony reexamines the charging case that’s pictured above. As it is with AirPods and Xperia Ear, the small carrying case is designed to both house the units in a manner that’s easy to carry around as well as charge them. With the casing as pictured, simply slipping these units in your pant pockets is not a possibility. With no additional information to go by, it’s likely that we’ll hear additional details at IFA or MWC where new Xperia phones are expected as well. A good paring I’d say.