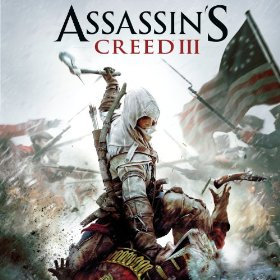 Music is the unsung hero of the gaming industry today. Without a great soundtrack to a game, said game can be extremely lackluster and silly no matter how good the story line, gameplay, and presentation are. Technology has allowed for the integration of music in video games in such a big way, that we have gone from the monophonic sounds of a game like Space Invaders (with 2 alternating tones going the speed of the alien’s movements, kind of like Jaws) to something like the Assassin’s Creed III soundtrack with a full orchestra and more creating some really amazing music that would be very hard to hear otherwise.

Lorne Balfe, the award-winning composer and mastermind behind the Assassin’s Creed III soundtrack, decided to make some very interesting sounds by integrating what sounds like and may very well be Native American instruments, which really is an incredible choice given the setting in the game. While listening to the soundtrack, you can sometimes hear what sounds like an Anasazi Flute, joining the orchestra in a very organic way, creating some very interesting sound textures and chords that really add so much more to the already amazing sound of a full orchestra. The heavily percussive writing also makes the experience of listening to the soundtrack more interesting and really puts a vision of a Native American tribe in your head with an instrument that sounds like a Charango (which is a native american string instrument that resembles a very small guitar) and even sometimes there are, what I think, hints of the Apache fiddle which add an interesting color to the string section any time they have a pronounced part in the score. Another out-of-the-ordinary instrument that Mr. Balfe has decided to use is the integration of electronic sounds and samples. Unlike the samples we think of today (bits and pieces of other tunes used as a background theme for other tunes).

The electronic samples in the score are just synthesized articulations and timbres that are otherwise impossible to include, since no other real instrument can recreate these sounds. As a musician, as soon as I heard the electronics being used, I , due to preconceived notions, began to dislike the entire soundtrack. “Why not get a real musician to make these sounds instead of using electronics?” I thought. However, I immediately felt ashamed of myself for thinking these negative thoughts, because the electronic sounds are used in such a way that is really organic. The electronic sounds are a part of the ensemble, not just someone hitting a single button to add sounds while editing in post. The addition of electronics in this soundtrack are not only extremely beneficial to the soundtrack in order to portray an image of our new assassin running around in 1776, but it also portrays an image of the other side of the story as well, the story that takes in present time. Symbolically as well, the addition of electronics really shows the integration of Native American instruments and modern instruments, past meets present, just like how the game’s storyline seamlessly delves back and forth from 1776 to the present day.

The writing of the music is also an extremely important aspect that can either make a soundtrack bad, good, or fantastic. In the Assassin’s Creed III soundtrack, Lorne Balfe uses a lot of odd meters (the generic standard for music is a 4/4 meter where the quarter note gets 4 beats per measure). The use of the 7/8 meter (where there are 7 eighth notes, a direct subdivision of the quarter notes, per measure) creates the unstable and exciting feeling of uncertainty.  The changes in meter in the soundtrack really seem symbolically attached to our assassin free running through rooftops, jumping from platform to platform and managing to constantly keep moving forward even though he’s realizing these great physical feats between each of his steps. The melodies of the soundtrack also, hauntingly, create a sense of instability.

Lets delve into the first track of the soundtrack, which is the main theme to Assassin’s Creed III, and see how it represents the game. Balfe’s introduction of the theme seems very conventional aside from the lingering, irregular electronic articulations here and there, with the low strings stating the short melody once, and properly resolving after what seems to be a 4 measure phrase, however, once the percussion and french horns enter, and the low strings begin playing a faster and contracted version of theme as an ostinato (which is a repeated background line) leading into the violins coming in with the theme we just heard , is where things get extremely interesting.

The percussion section and the electronics erupt into an odd syncopated rhythm (which means some of the accents of the rhythmic lines don’t line up with each beat on purpose) which give the music this extreme sense of urgency, the low strings that were playing the long rhythmic melody at the very beginning begin playing that same theme, but subdivided and heavily accented as an ostinato adding even more to that sense of urgency. The French Horns come in with 2 very prominent notes before the rest of the strings come in with the melody. These 2 notes I believe are the 2 most important notes heard in this entire piece up to this point, and they are repeated at different points in the music, but essentially, our composer, Balfe, decided to give the french horns quite possibly the most prominent suspension in the entire piece, which resolves into one of the notes from the melody in a very clever manner. (A suspension is when the composer has one note or two from the last chord, linger into the next chord, and resolve into the proceeding chord late, thus the word suspension!) 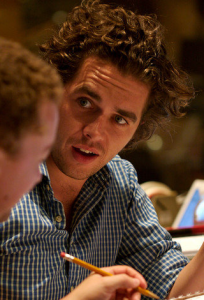 Now, what I have taken most of this paragraph to write, is only the first 45 seconds of this 3 minute movement. Instead of going further, lets just really look at these first 45 seconds and apply it to the game. How does what I described above represent Assassin’s Creed III soundtrack? In my head while listening to this, I got a few aspects of the game shine through the music very well.  Imagine Connor walking through the streets of Boston blending with the crowd, and suddenly bursting into a sprint, jumping from rooftop to rooftop precariously while dodging soldiers and bullets constantly. Now, place the music behind it! What I wrote as the music “erupting” to me symbolically represents Connor “Bursting” into his mad dash. The French Horn “Suspensions” can symbolically represent Connor jumping from rooftop to rooftop, not knowing wether he will land safely or fall to his death, and the resolution being him landing on the next roof, but quickly moving on to the next precarious jump.

Let’s go back to the question posed; does this snippet of soundtrack represent the game well? Can we get an image of our protagonist doing what he does in game through the music? My answer is a very definitive and resounding yes! What I wrote in the preceding paragraph was exactly the image that popped in my head when I first listened through that movement.  The rest of the Assassin’s Creed III soundtrack is more of the same, not musically, but what I mean is that the rest of the soundtrack still makes it very easy to imagine Connor going about his duties in the game. The interesting a subtle use of Native American and electronic sounds and instruments places every image my brain came up with in the proper setting, and the writing of the music makes you feel the same excitement and sense of urgency that you would get from playing through the game, which makes this soundtrack extremely successful and not only just an essential part of the game, but also a very interesting experience to sit and listen to on its own.

You can purchase your copy of the Assassin’s Creed III soundtrack by clicking our link below. Ordering with Amazon links from our site helps pay for the site’s content and servers.

What are some of your favorite game soundtracks and why?