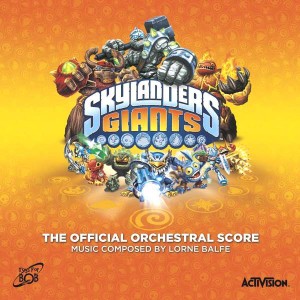 Skylanders Giants is a game where you physically place action figures into a platform to transport them into the colorful world in your television screen. While a unique and neat concept that warrants a review, let’s forgo that and take an in-depth look at the game’s soundtrack. I believe the soundtrack to a game can be an important part of the experience and its success. We’ve come a long way from the monophonic 8-bit synthesized sounds to using full blown orchestras all in order to help make games that much more exciting. 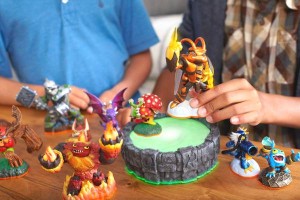 My first impression of the game itself gave me a very nostalgic feeling. It made me reminisce to the days where I played with action figures and other toys. To other people, I was just the little kid having fun with toys, but in my head, I was in an entirely different world with lots of dangerous adventures and battles. The Skylanders Giants’ soundtrack helps portray this image to an unimaginable extent. The first track, named “GIANTS”, is exciting and really helps transport your mind to an exciting place. The way the first track is written also helps emphasize the Giants’ difference to the normal Skylanders (If you haven’t actually held the toys, the giants are almost twice the size of the normal Skylanders both in the figurines’ physical size and in game as well). The track is exciting with a very rhythmic fanfare in the beginning which turns out to be the main theme of the movement. I picture this movement as almost a call to war, where one person sounds the call and the world responds accordingly, which to me is an exciting picture that is relatable with the Skylanders’ and Giants’ goals of stopping Kaos, the main antagonist of the game.

Other tracks in the Skylanders Giants soundtrack are the level’s background music. In a general sense, they really help magnify the whimsical nature of playing with toys, while at the same time still conveying how exciting this world is as well as the turmoil behind it. The level tracks use very light sounds compared to the heavy triumphant fanfare-like sounds of the opening track. I correlate the term “light sounds” I used with Pizzicato strings (where violins, violas, cellos, and basses use their fingers to pluck the strings instead of a bow so it creates a “ping” like sound) harps, Marimbas (they are essentially large Xylophones that have a more hollow and deep sound), as well as lots of bells and high metallic percussion instruments. While the music tends to use these light sounds, the music switches between these light percussive and whimsical style sections to sections that get a little heavier with more sustained sounds with chords that aren’t as stable as before. This ebb and flow between the “light” sections and the “heavy” sections really help show both the serious side and the whimsical comical side of this game in a very creative way. 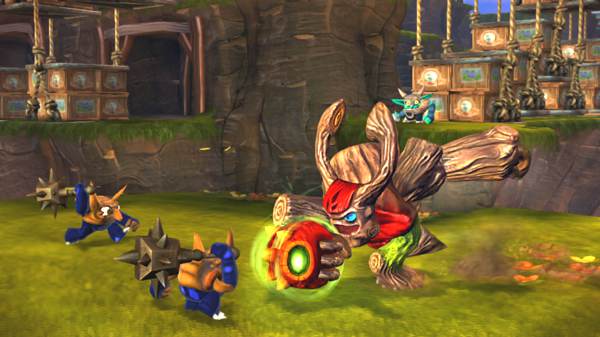 So, does the Skylanders Giants soundtrack help amplify the experience? Is the music helpful in projecting the game’s settings? Absolutely! The two personalities of the level tracks really help in keeping the game both whimsical and exciting; the opening track very appropriately introduces the new concept of the game, the giants, and the game benefits from the masterful and witty writing of the composer. The music is both light and happy to show the fun side of the game, however it becomes extremely serious and heavy to show the turmoil and tension between the Skylanders and their enemy, Kaos.

You can purchase your copy of the Skylanders Giants soundtrack by clicking here. Ordering with Amazon links from our site helps pay for the site’s content and servers.

Do you believe that a soundtrack plays an important role in the game experience?