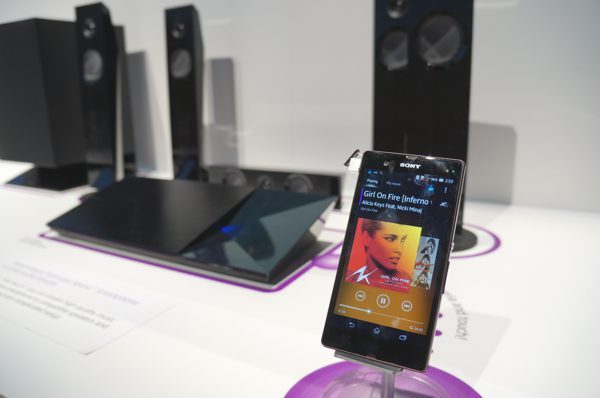 One of the big initiatives that Sony is undertaking for 2013 is the incorporation of NFC technology in their fleet. Based around Bluetooth, NFC allows for the quick pairing of devices to allow transfer of data. The Sony Xperia Z, their flagship smartphone, features this tech as does a number of accessories from Sony like NFC-enabled speakers, home theater systems, sound bars, and backup servers. In its most basic form, NFC takes away the complication of connecting devices via Bluetooth and instead, does the pairing by touching two NFC devices together. Then, depending on the content, the transfer of information can happen via Bluetooth or through Wi-Fi. In the case of small files or streaming of music, no Wi-Fi connection is required and all of it can happen via Bluetooth. After the jump, you can find a video demo of the Sony Xperia Z and Sony home theater system and the transfer of music playback via NFC.

If you’re at all experiencing issues with the above video, please head to our YouTube channel to watch that and more.

What devices would you like to see NFC incorporated in?