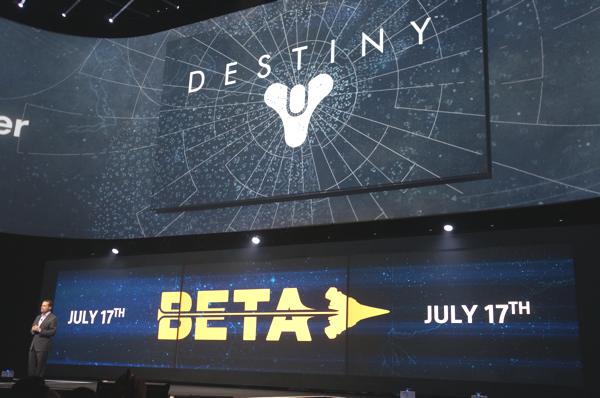 As Destiny inches towards its September release on previous-gen and next-gen (now current-gen?) consoles, the elite studio is revealing more details about Destiny. Part of that includes  how they plan on keeping online elements of Destiny to run smoothly from day one. As gamers are unfortunately all too aware, major AAA franchises like SimCity, Battlefield, and Call of Duty have had their fair share of problems on launch day that at times, have extended far into a month after the titles release. With a major component of Destiny revolving around online play as the game fuses FPS and MMO elements together, a lot is riding on the games ability to operate smoothly.

This is further complicated by the fact that Destiny will be released on PS4, PS3, Xbox One, and Xbox 360 where all players exist on the same universe. Online elements to games have traditionally been divided by consoles where PS3 users could only play PS3 users and so on. Luckily, Bungie feels like they’ve got the situation in control. Bungie COO Pete Parsons:

for many months now, we’ve actively had a build up, we pinged our data centre for the first time more than a year ago.

After the jump, Pete reveals further details on how exactly they plan to handle what will likely be an onslaught of players from day one.

It’s always scary and exciting and to put your work out in front of people who are judging it but it’s also, it’s scary to put it out there because you’re testing whether it’s going to work or not.

We take it super seriously and we’ve been planning for a long time, we’ve been investing into it to make sure that we have the best experience possible and I think we have to ultimately see what happens but we have every expectation of from moment one, having a great experience, and when things happen, whether it’s with us or the internet, we have things in place. There’s elegance in what we do so we have plenty of safeguards for this. 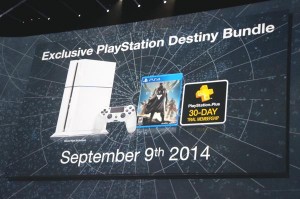 We have a redundant system, and we’re doing some proprietary things on the backend to make sure out network is as solid as possible. So the alpha’s that phase, launching on the PS4 and we monitor that, see how it goes. Now the beta, which we’re treating as a fully fledged launch, and that’s going to be the real deal. All of our systems are in place, and we’re feeling pretty confident.

Those of us who were lucky enough to play Destiny during its Alpha period can attest to how smoothly the game ran. The Destiny beta will officially kickoff on July 17th with a September 9th release date. Along side Destiny, Sony is also releasing the Glacier White PS4 and a Destiny PS4 bundle with exclusive content.

Will you participate in the Destiny beta?