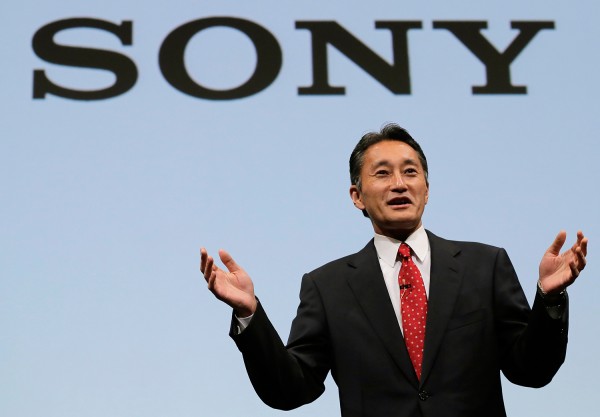 On Wednesday Sony Corp. unveiled its mid-term strategy update for the period FY2015-FY2017.

Sony is setting “profit generation and investment for growth” as the theme of its mid-range corporate plan from for the next three years. That means that any divisions running losses better run and hide. Sony won’t keep them. The emphasis of language on profit retention and boosting throughout the news release suggests that any endeavors not proving to contribute directly to profit or growth won’t be tolerated. The key focus now above everything else is to boost profit throughout all businesses and the overall message seemed to be aimed particularly at Sony shareholders. This new plan comes into effect from April.

Read on for the full details.

What’s Today All About?

It’s an update on what Sony is prioritising over the next 3 years. For Sony especially, it affects how money is spent and which businesses will be grown, reduced or possibly sold.

You may read that Sony is selling the video and sound units. Not exactly, Sony will fully own them. It’s a repeat of what they did with the TV business last year. There is a clear warning however in their statement that further changes are coming.

…splitting out the Video & Sound business unit and launching it as a self-sustained, wholly owned subsidiary. Sony also intends to move forward with preparations for splitting out other business units thereafter.

Additionally, the other dramatic soundbite is their shocking ambition to multiply their most recent annual operating income by a factor of x20 to reach 500 billion yen in the year FY2017. I’m going to need a few days to get my head around that multiple…

It’s clear that some Sony businesses have been struggling for years and that they need to maintain profitability. Today’s actions seem largely designed to please investors. For most investors, much of the specific business details don’t matter. The only question that matters is: will the stock of this company deliver good returns to shareholders? Looking at a broad corporation like Sony, each business needs to perform over a period of time, or needs to be restructured, or sold.

So Sony is aiming to give stockholders at least a 10% return for this period. Also, the most recent fiscal year produced 26 billion yen of operating income, and the company is aiming for 500 billion yen for the financial year ending 2017.

These more drastic changes have really come into play since Sony Corp. took on its new Central Finance Officer, Kenichiro Yoshida in March 2014. The first drastic change was arguably spinning out the TV business. While today’s news seems rough, one of the better measurements of Yoshida’s job performance, besides the balance sheet, is the stock price. Sony Corp’s stock price has climbed 80% in the past year. 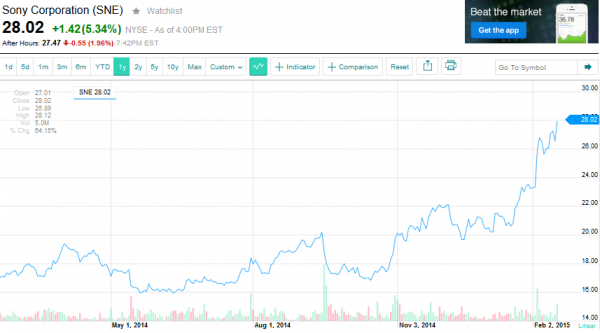 Sony’s stock was up 5% on Wednesday’s news.

Other Key Notes from the Strategy Update:

This is quoted directly from the news release. Starting with the principles listed at the start, notice the emphasis on profit, not volume. So market share won’t be key moving forward. The second principle releases the grip of ‘Sony centralisation’, giving each business more room to make its own decisions and report home to Tokyo less. The third principle is somewhat of a warning – each division must have relevance or could be cut off.

Besides these broad principles, Sony more specifically targeted businesses based on:

each of the Sony Group’s businesses will be classified as a “growth driver,” “stable profit generator,” or “area focusing on volatility management”

A host of executive changes were announced.

Forget the triple pillar of Game, Mobile and Devices. The new focus for growth and profit for Sony Corp is:

Will Xperias (Mobile) be Sold? No.

By carefully selecting the territories and product areas it targets, Sony will seek to limit its capital investment and establish a business structure capable of securing stable profits. The Company will also continue to explore potential alliances with other companies in these areas, in response to changes in the business landscape. 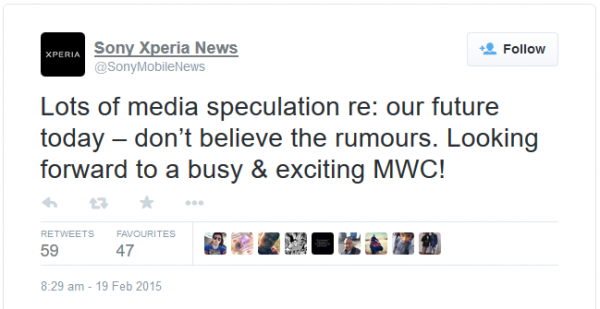 Thanks to Khaled for this tip!

There is no mention that Mobile will be sold. They really say two things: one that investment will be reduced and two that Sony is looking for a partner, such as joint venture, like they did with Ericsson over 10 years ago. The next question is what type of partner – a partner could possibly mean maybe co-producing parts with another company. We’ll have to wait and see.

In the Financial Services segment, each of the life insurance, non-life insurance, banking and nursing care businesses will target further stable business expansion and profit growth by continuing to provide high quality services that our customers trust and are satisfied with.

So financial services will expand.

In the medical field, one of Sony’s new business areas, Sony Olympus Medical Solutions Inc. is proceeding as planned with the development of surgical endoscopy systems and other medical solutions.

Medical is rolling out as planned.

The full news release can be read in full from Sony.

Is Sony making the right decisions? Should it have sold certain divisions?