Sony Q3 2015 Results – PlayStation Up, Mobile & Image Sensors Down – But Profits Up 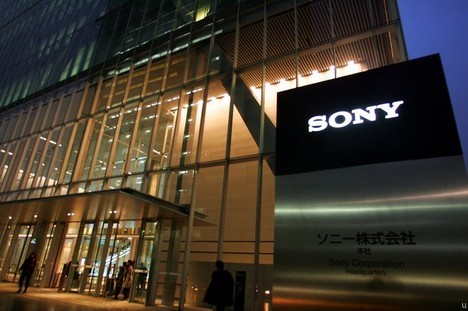 Sony has just posted its Q3 2015 results and, as a whole, the company is doing much better. According to Sam Byford from The Verge:

A big reason for the income increase compared to last year is due largely to all the cuts Sony has been making across the company. This includes personal cuts as well as reducing product lineup (i.e. les televisions, phones, and cameras). Restructuring costs were also down 50% this year to $61 million.

with movies like Spectre and Hotel Transylvania 2 performing well at the box office to help the division make ¥262.1 billion ($2.18 billion) in revenue — 26.9 percent up on last year.

It’s no surprise that Mobile continues to be a sore spot for Sony but image sensors were curiously down as the two are linked. More Sony Q3 2015 results after the jump.

END_OF_DOCUMENT_TOKEN_TO_BE_REPLACED 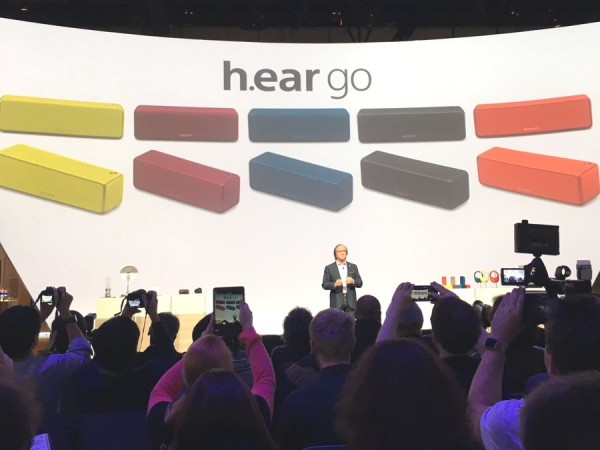 Leaked just prior to CES 2016, the Sony h.ear go is the company’s newest stylish Bluetooth speaker. Its very small form factor allows the h.ear go to be extremely portable while still offering a host of unique features like Hi-Res Audio support and pairing via Sony’s SonyPal app.

END_OF_DOCUMENT_TOKEN_TO_BE_REPLACED

Sony is no stranger to headphones and quality ones at that but at CES, the company’s newly-announced h.ear on headphones were not only able to stand out from the glut of headphones that manufacturers release each year, but from Sony’s own past lineup as well.

Those details after the jump.

END_OF_DOCUMENT_TOKEN_TO_BE_REPLACED

Having arrived in early Fall, the SRS-X77 speakers take the best of Sony audio and inject a healthy dose of tech to make them suitable for any modern home. Utilizing the Sony SongPal app, the SRS-X77 is capable of multi-room streaming (think Sonos) and offers a multitude of ways to connect to it like Bluetooth, AirPlay, DLNA, and Google Cast.

After the jump, we peal away the outer lay of this portable speaker and provide you with the Sony SRS-X77 specs.

END_OF_DOCUMENT_TOKEN_TO_BE_REPLACED 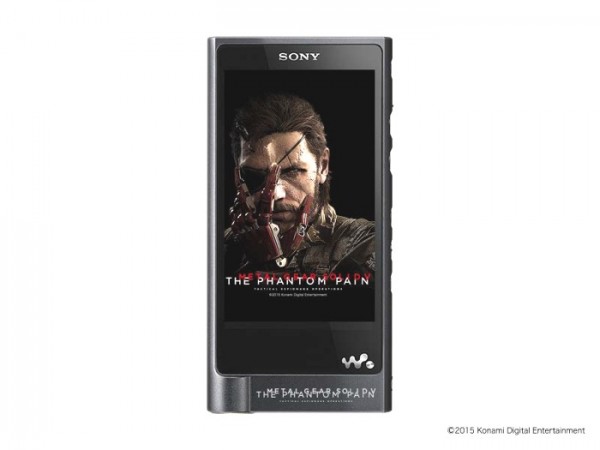 Metal Gear Solid V: The Phantom Pain has just been released and is set to do big business for Sony. Having once been a PlayStation exclusive franchise, The Phantom Pain is the last entry under mastermind Hideo Kojima. In many parts of the world, especially Asia, PS3 and PS4 are the only way to experience the game where PlayStation sales and mindshare dominates Xbox. To help drum up further attention and excitement over MGS5, Sony is releasing two limited edition Metal Gear Solid V: The Phantom Pain Walkmans upon the world. This is on top of the already released Xperia J1 Compact MGS5 edition.

Details after the jump.

END_OF_DOCUMENT_TOKEN_TO_BE_REPLACED

Alongside a smooth sound, Sony has packed plenty of wireless technology to make sure the X77 can play nice with any device you have. Those details after the jump.

END_OF_DOCUMENT_TOKEN_TO_BE_REPLACED

We’ve already covered the Sony Smart Bluetooth Speaker BSP60 fairly in depth. As a quick recap, the small portable speaker is capable of being an alarm clock, your personal assistant via voice control, and yes, it can even play music. Earlier, Sony had shown a quick video that showcased the more fun side of the BSP60 which included it dancing along with music which basically makes it a modern Sony Rolly.

Now after the jump, you can see a more practical application of the BSP60 in a new video promo that shows how the Bluetooth speaker can be incorporated in your daily routine.

END_OF_DOCUMENT_TOKEN_TO_BE_REPLACED 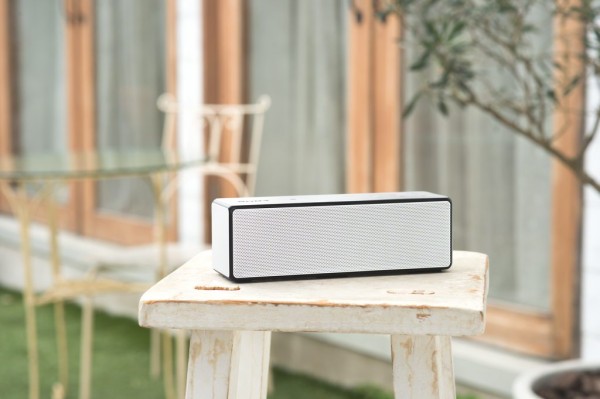 At CES 2015, Sony announced three new Bluetooth portable speakers: the SRS-X11, SRS-X33, and the SRS-X55. Featuring NFC and a battery that allows for hours of music playback, each speaker has some unique elements with a price tag that matches its features. To make the series that much more enticing to buy, Sony is also offering them in an array of colors that will either make them blend in with your house or stand out to give them a fun pop. After the jump, we have all the details from Sony’s 2015 Bluetooth speakers, including prices.

END_OF_DOCUMENT_TOKEN_TO_BE_REPLACED

Sony Smart Bluetooth Speaker BSP60 Can Dance; AKA the Rolly Is Back! 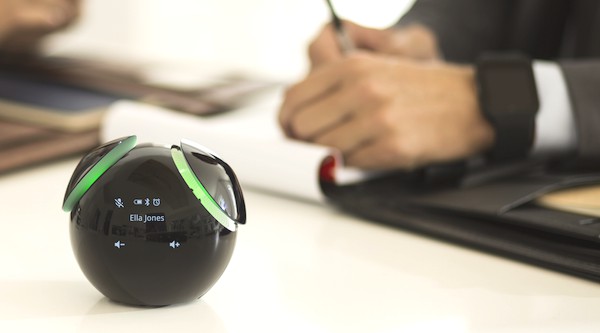 Last week, we brought you news about Sony’s newest Bluetooth speaker which offers multilingual voice control, NFC technology, wireless music playback, hands-free calling, and personal alarms. Besides being packed full of useful and fun features, the Sony BSP60 harkens back to the old days of Sony products with funky designs.

The most interesting or funky aspect of the BSP60 is its ability to dance. Remember the Sony Rolly? Yea, it’s back! Kind of. Unlike the Rolly, which came out in 2007, the Sony BSP60 can do a whole lot more while adding a bit of fun to an otherwise boring category of devices. If you want to see the Sony BSP60 get its groove on, you simply have to meet us after the jump.

END_OF_DOCUMENT_TOKEN_TO_BE_REPLACED 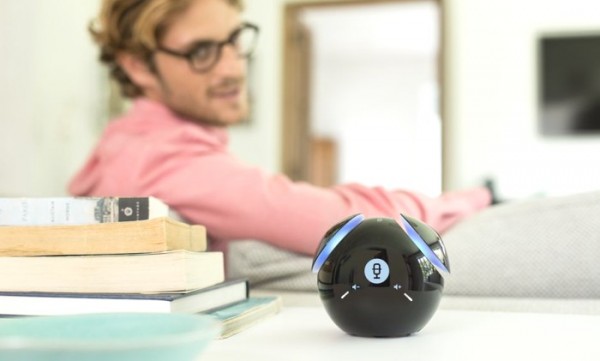 The Sony Smart Bluetooth Speaker BSP60 is different breed of device from Sony that’s designed to take an everyday product like the alarm clock and interject personality and fun into it while still offering a host of functionalities. As such, you can ask the Sony BSP60 a range of questions, from weather information to your daily schedule and it will answer right back. The voice control capabilities even expand to setting the alarm or timer.

More info after the jump.

END_OF_DOCUMENT_TOKEN_TO_BE_REPLACED

Sony Sums Up Their Own Lost Decade Without Realizing It 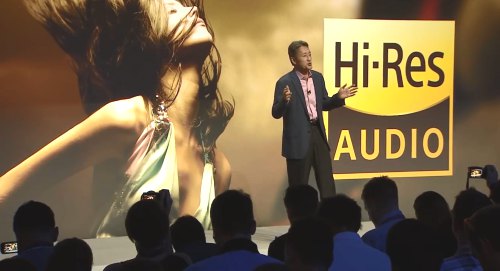 Just the other day, we reported on the Sony Premium Sound memory card for the upcoming Walkman NW-ZX2. Part of their 2015 fleet of products, the latest Walkman, priced at $1,200, is designed to offer premium sound with support for lossless music, including Hi-Res audio and noise cancelation among other premium features. Having had a chance to use one at CES 2015, I can certainly attest to its premium finish and lavish features but that on its own means little as I, like most people, could never afford such a product.

Alongside the new Walkman, Sony will also release their Premium Sound micro SDXC memory card along side the new Walkman which fetches a price of $160 for a 64GB card. For comparison, you can purchase the Sony 64GB SDXC Class 10 UHS-1 R40 Memory Card for $28 on Amazon while more premium SDXC cards fetch a higher price tag of $60. Clearly targeting the premium market, surely Sony has specific consumers in mind and is anticipating some form of demand – right?

As it turns out, not really, as even they don’t know if anybody will want them. Sony’s comment and my take on the matter after the jump.

END_OF_DOCUMENT_TOKEN_TO_BE_REPLACED

Sony has announced a $160 ‘Premium Sound’ memory card because, well, f*ck it, why not. (The sheer number of headlines that have gone through my mind for this headline and the rage and problems that this represents at Sony are beyond comical). Designed to be used with the new premium Walkman NW-ZX2, which by itself fetches a $1,200 price tag and offers oodles of features like noise cancelation and native support for Hi-Res Audio, the new lossless audio format, these latest Premium Sound micro SDXC memory cards will be sold in Japan for around $160. Best part, they cost roughly 5 times the normal price of an SDXC card but surely we can expect a sound difference right?

END_OF_DOCUMENT_TOKEN_TO_BE_REPLACED

Sony’s looking for a ride – in your ride! Compatible with iOS and Android, the Sony Smartphone Cradle allows you to place your  smartphone in your dash and use it as your car’s navigation system. Sony Xperia Z3 owners get extra features like easy connectivity via NFC and easily locking in, thanks to the phone’s built-in magnetic charger.

END_OF_DOCUMENT_TOKEN_TO_BE_REPLACED

Sony’s New Portable Speakers (SRS-X11) Step Out In Style (And Many Colors!)

Sony is great at audio quality and producing it in a wide variety of packages. The Sony SRS-X11 portable speakers are just one example of Sony’s hip offerings that will hopefully appeal to those looking to have some fun with their music. Although these speakers currently have no announced release date or price point, the functionality that comes in this colorful box makes it worth the wait. For instance, if you have two or more, you can join them together with the push of a button – providing a mini surround sound setup in a snap.

Small, handheld, and cube-shaped, the SRS-X11 comes in 5 eye-popping colors: black, white, red, pink, and blue. But don’t take it from us – watch the video above to see these adorable portable speakers for yourself!

END_OF_DOCUMENT_TOKEN_TO_BE_REPLACED 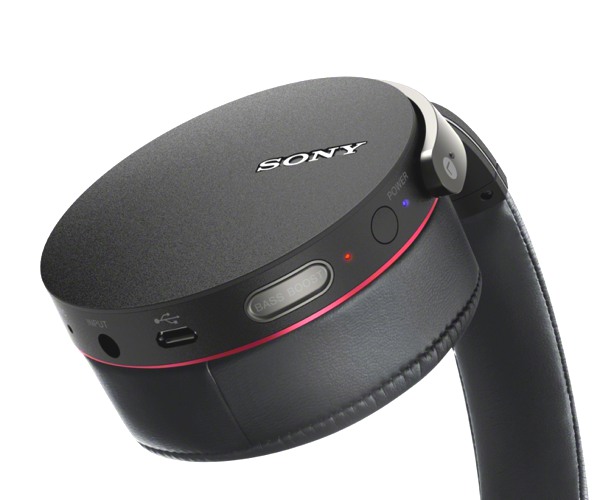 As we often like to, we follow up previous posts with a bit more technical specs. The Sony MDR-XB950BT is the latest wireless headphones from Sony to incorporate Bluetooth and NFC for easy pairing while still managing to offer 20 hours of music playback. In addition to Bluetooth, the XB950BT also offers a built-in mic for handsfree calling, making it an all around versatile unit. After the jump, you can find the Sony MDR-XB950BT specs.